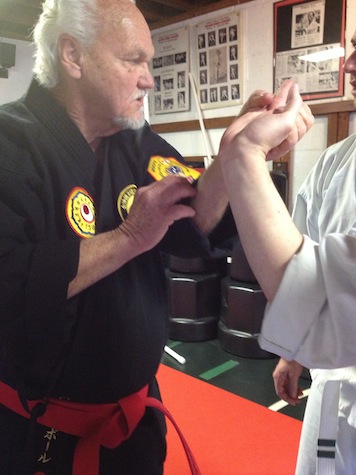 Hanshi Paul explaining the finer points of a wrist technique. 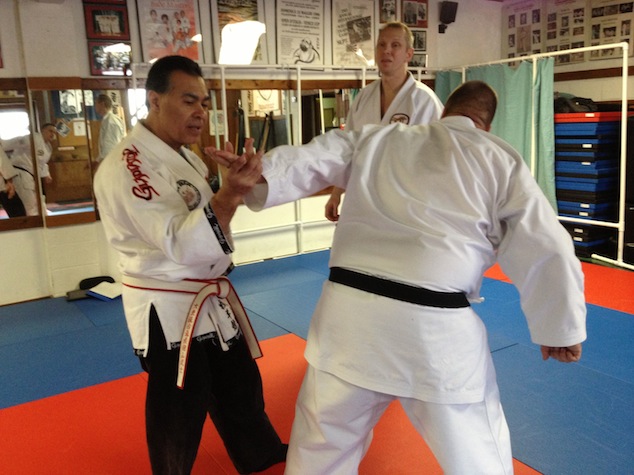 Hanshi Ibarra ("Mr. Pain") introducing seminar participant to the joys of his art. 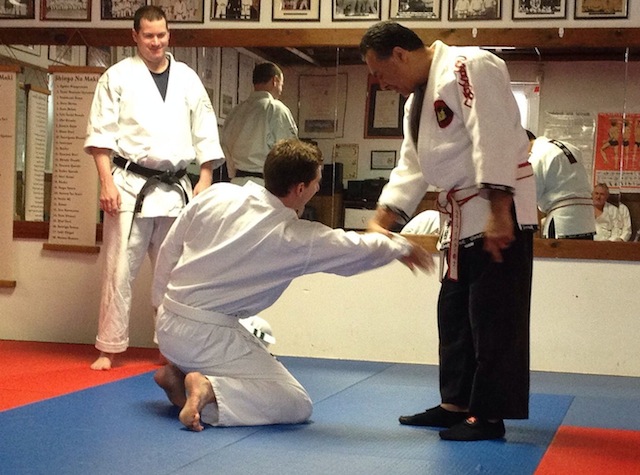 "Captain Mike" from the HKA Dojo getting his first introduction to wrist manipulations that brought him to his knees. Note: Mr. Mest in background with smile on his face enjoying the technique being applied to someone else. 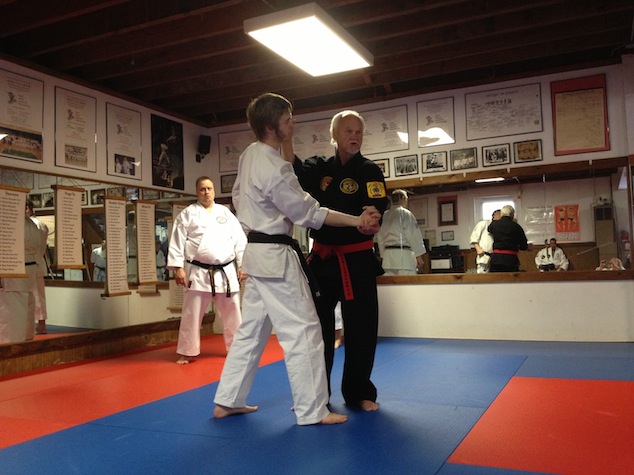