The highlight of the event was the announcement of the promotion of Mr. Heilman to the ranks of 10th DAN in OKINAWA KENPO KARATE and 10th DAN in OKINAWA KENPO KOBUDO. The promotion was made by the Okinawa Kenpo Karate Kobudo Union Directors (all direct students of the late Master Seikichi Odo, Okinawa, Japan, who voted OKKKU President C. Bruce Heilman to be advanced in rank to 10th Dan.


The 2012 IKKF ANNUAL TRAINING was held in READING, PA. This year we moved the site of the training to CAMP JOY, a Berks County Recreation facility located north of the Dojo. The use of the Camp Joy Facility provided additional training space permitting us to hold 3 concurrent seminars throughout most of the three days of training.

The list of Instructors for the 2012 IKKF ANNUAL TRAINING includes the following individuals:

For a listing of the Awards, Presentations, Appointments and Promotions made at thie years Annual Training (Annual Training Events Listing - Click Here) 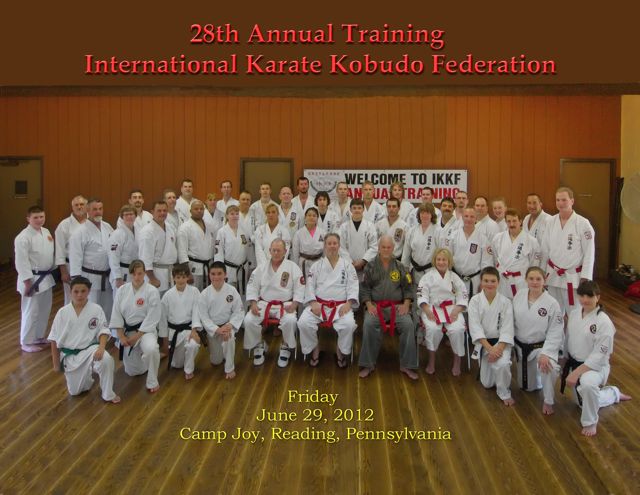 A group photo of the participants on Friday at the 2012 IKKF Annual Training. 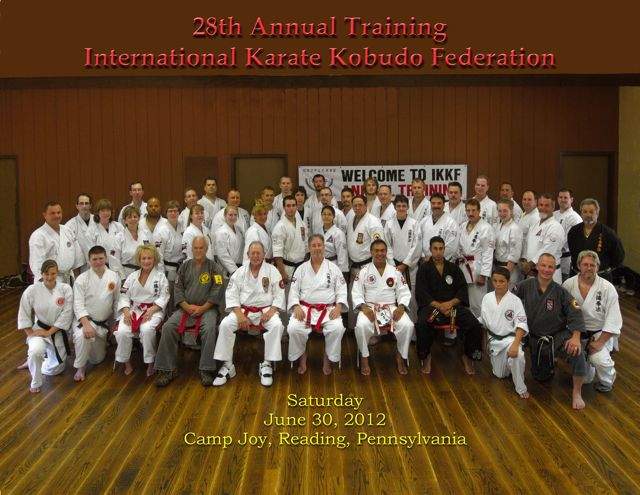 A group photo of the participants on Saturday at the 2012 IKKF Annual Training. 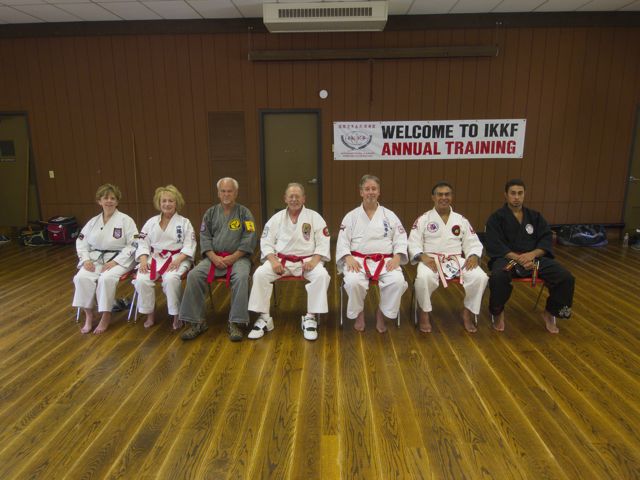 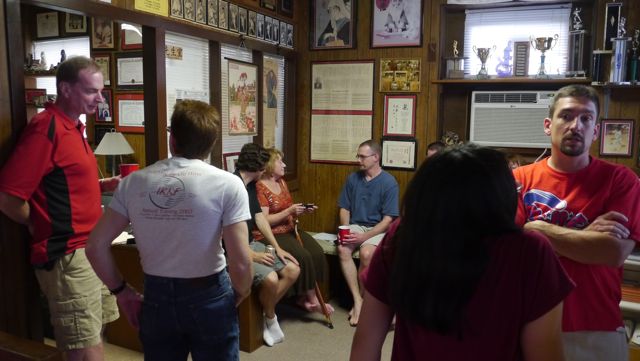 Photo of Open House Thursday evening at the IKKF Honbu.

Exterior photo of Camp Joy, the location for the 2012 IKKF Annual Training. 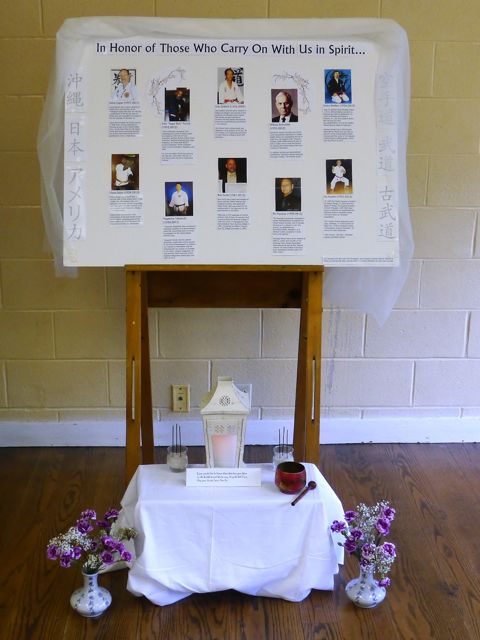 Memorial display at Camp Joy in honor of those martial artists who passed away recently. 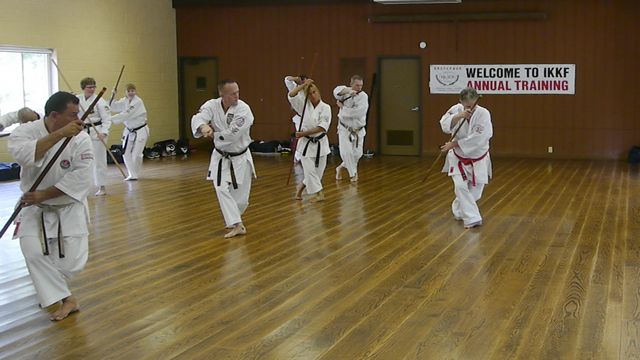 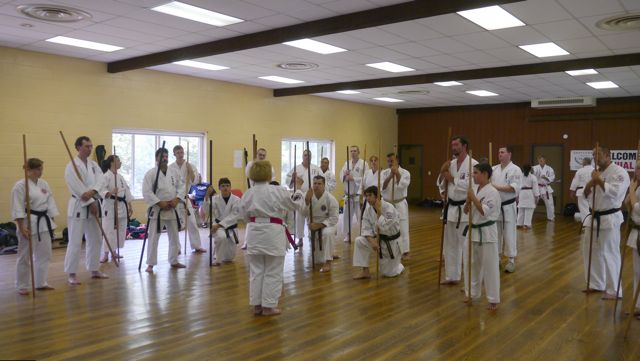 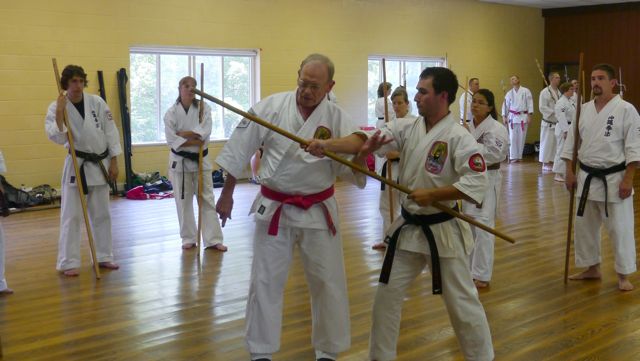 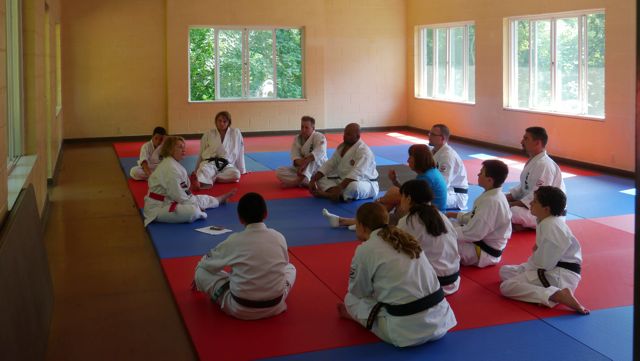 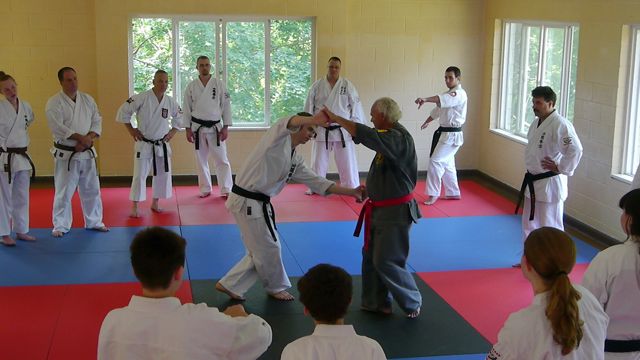 Hanshi Paul working his Toide techniques on a student. 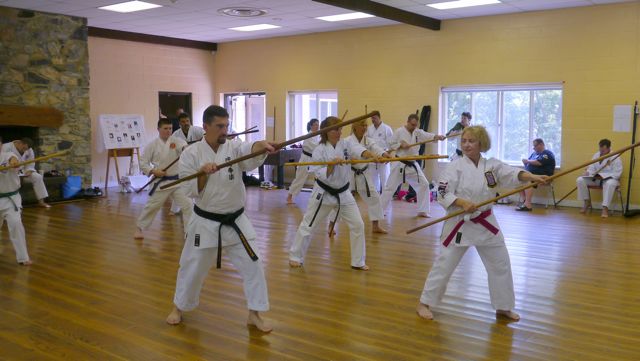 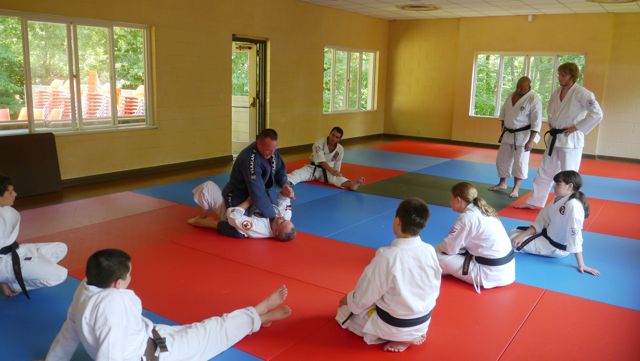 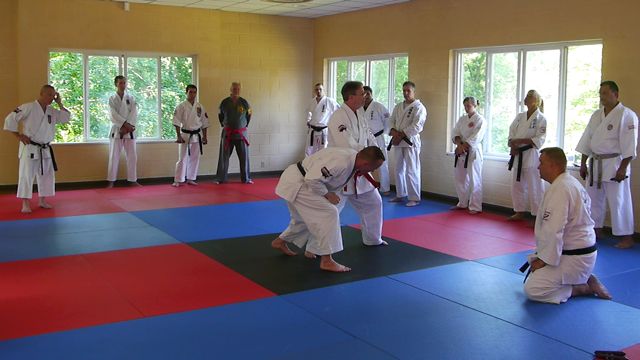 New "sparring gloves" are tried out by Hanshi Heilman. 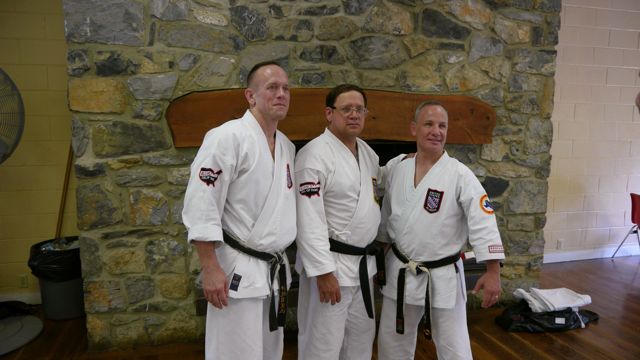 Gathering of "three amigos" (aka "trouble") taking an opportunity to gather for a photo. 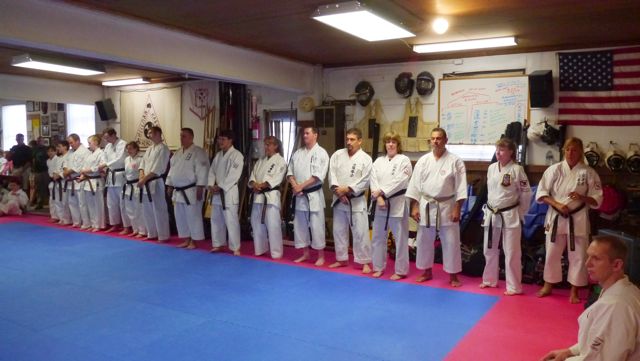 Yudansha testing candidates line up prior to start of formal testing Friday evening at the IKKF Honbu. Testing ranged from Junion Black Belt up to Rokudan (6th Dan). 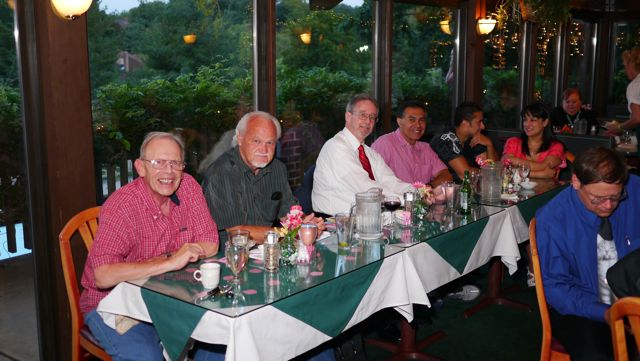 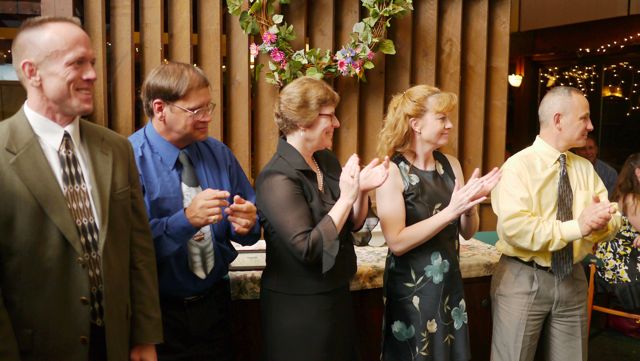 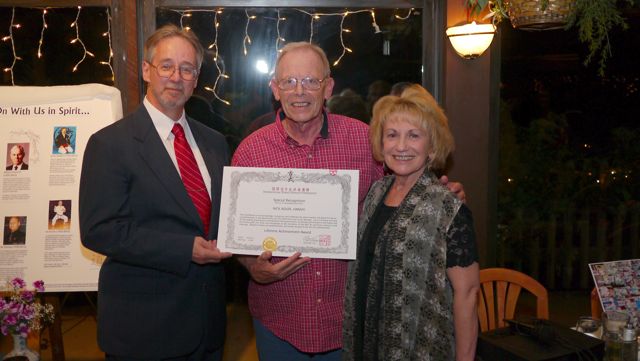 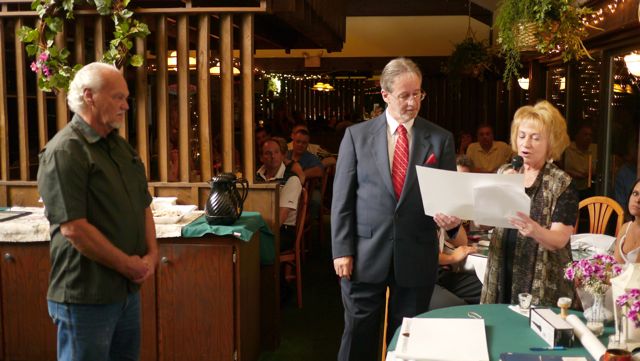 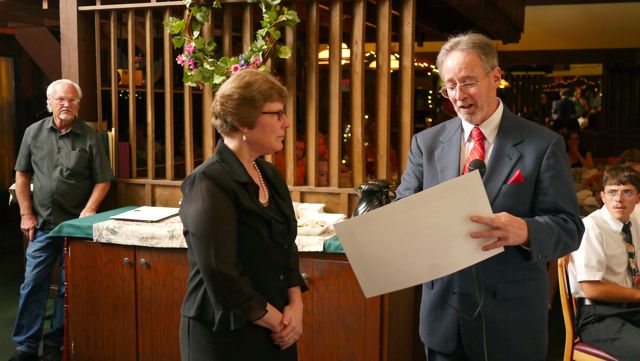 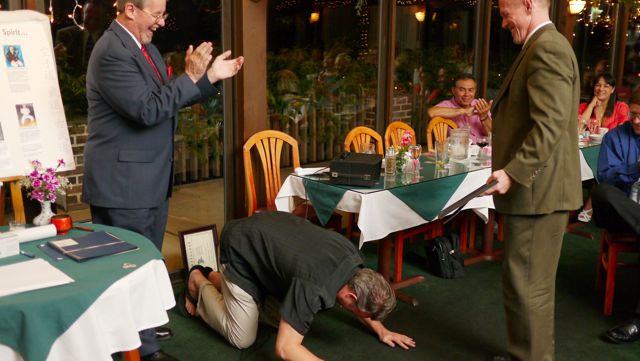 Greg Holmes receives IKKF Competitor Of The Year Award from Hanshi Heilman. Kyoshi Baer was so overcome with admiration that he had to bow down to Mr. Holme's accomplishments.

A collection of photos presented to Hanshi Heilman commemorating a lot of good times and hard training from the past. 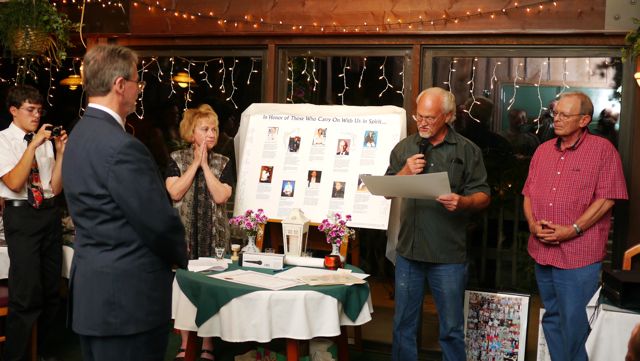 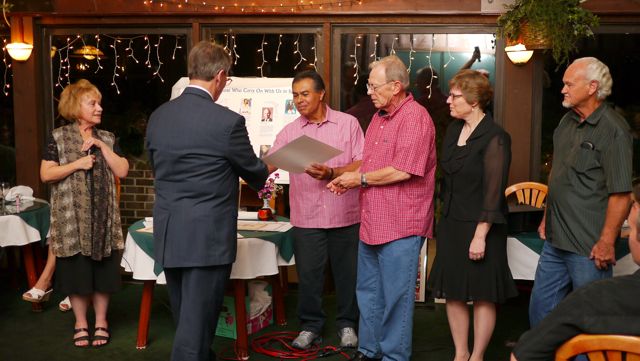 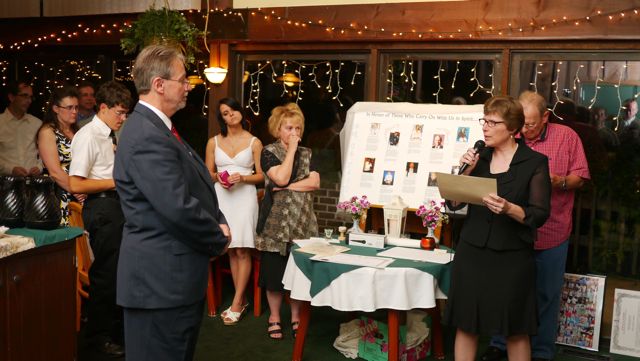