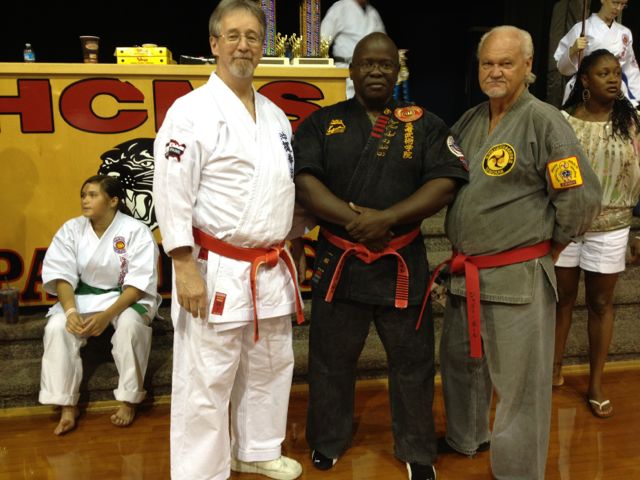 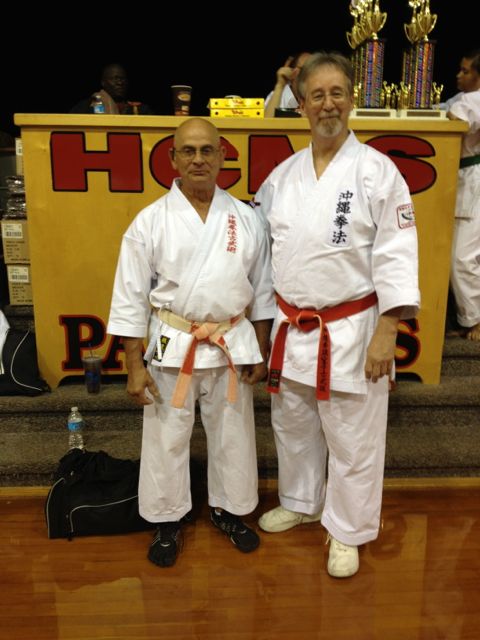 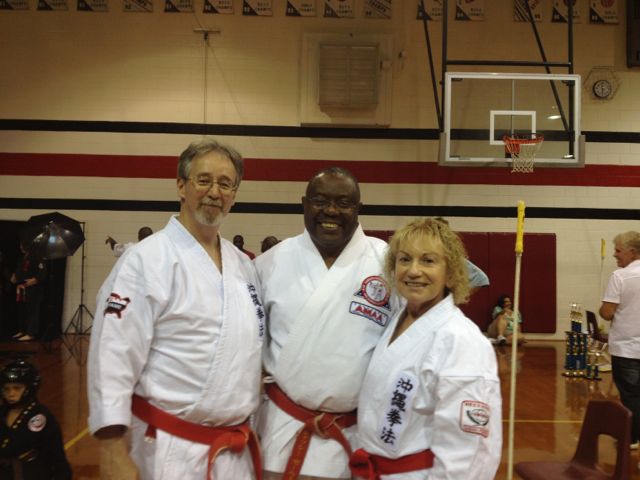 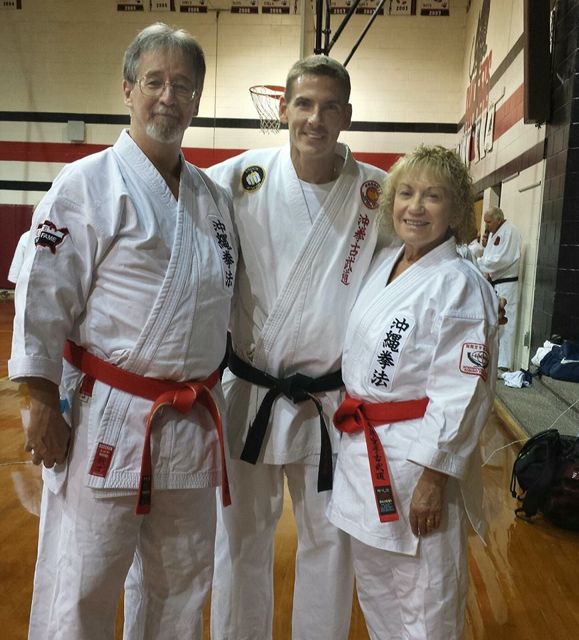 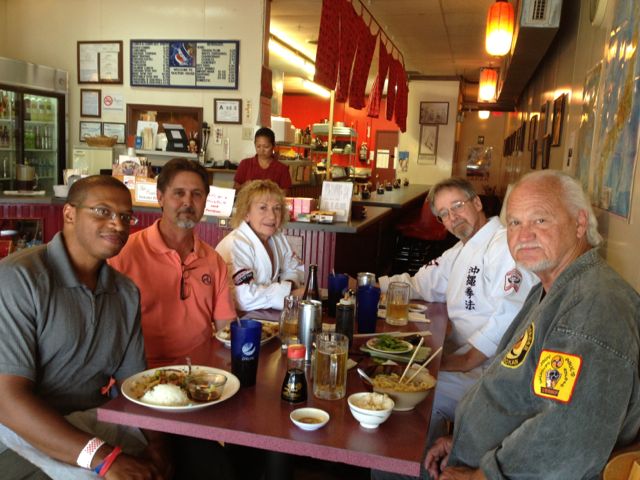 Lunch gathering at a Okinawan Restaurant - it was excellent. 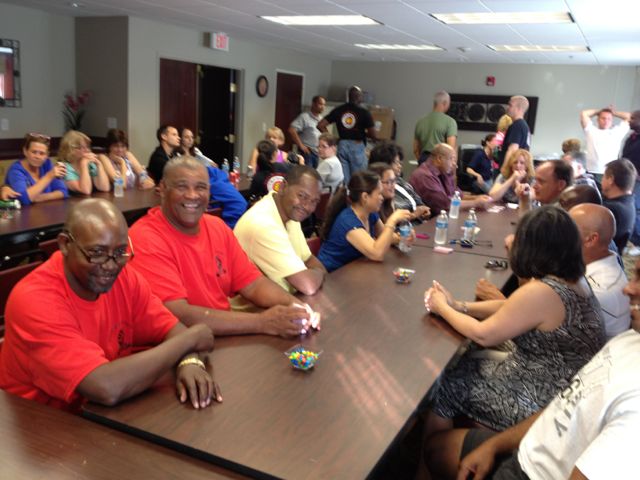 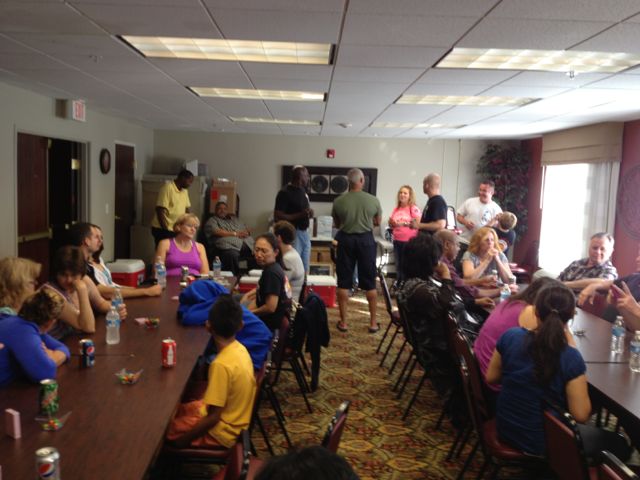 Another photo of participants at saturday's dinner.

Photo of Mr. & Mrs. Will Claphan who were married friday before the tournament. They are both Okinawa Kenpo students of Hanshi Isaac. 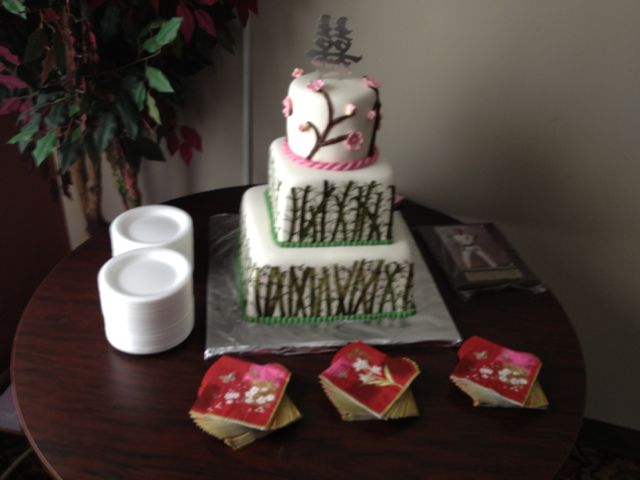 Photo of wedding cake which was cut with a samurai sword after dinner by the newly weds.

Photo of some of the Okinawa Kenpo practitioners attending the North Carolina Championships.